Last year selfie was awarded the prestigious title of ‘Word of the Year’ by Oxford Dictionaries, beating the likes of twerk and binge-watching to top spot. Now, NASA has jumped aboard the social media self-image craze to help celebrate its 2014 Earth Day.

The agencies #GlobalSelfie event is part of a worldwide celebration of Earth Day. It is inviting everyone on the planet to step outside and take a picture of yourself wherever you are on Earth this Tuesday (22nd April).

For more information on Earth Day 2014 and #GlobalSelfie visit the official NASA website. 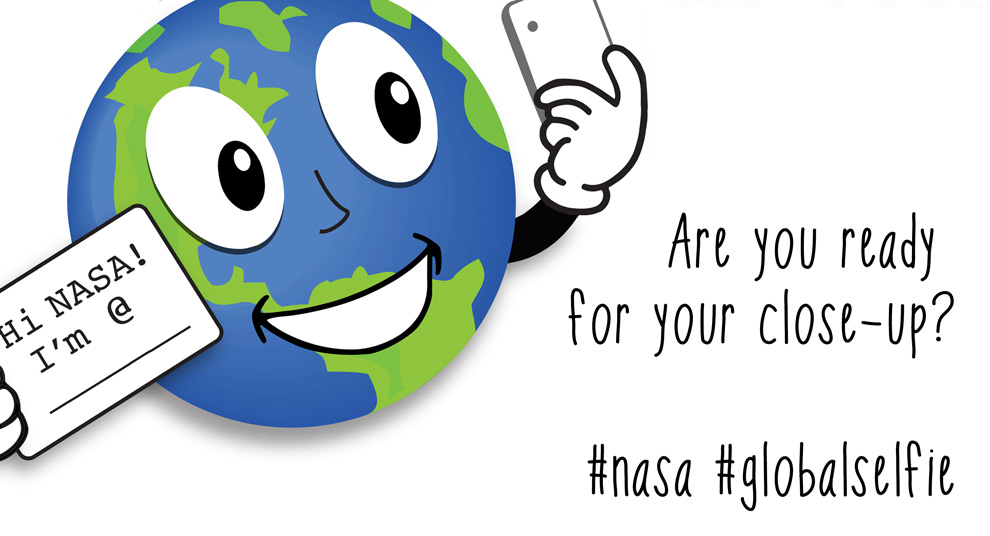